The Aussies are Coming!

The Aussies are Coming!

Our friends at Edith Cowan University Racing have confirmed their place at FSUK meaning they need a technical base in the UK, their first port of call once again was UH Racing.

The Australian team stayed with UH Racing when they last came to FSUK in 2014, and during their acclimatising period in the UK they had to rebuild their engine everyday that they ran it.

Team Leader for Edith Cowan, Nathan Van Vugt, said
“It’s great that  University of Hertfordshire  is allowing us to stay with them again for the FSUK 2016 competition, the facilities that are at the university are first class and make the long haul across the world that much more easier for the team, not to mention the great hospitality the team showed us last time.”

“After the heart break of the Formula SAE-Australasian 2015 competition, the team is remaining positive as we know that we have a very fast package and the static events performance to back it up, the next few months will involve tuning the car and upgrading a few systems to ensure we increase that pace even more to take on the worlds best.”

With a developed version of the fully custom 4-cylinder engine they used when they last visited us back in 2014, which was plagued with unreliability, Nathan and his team will be hoping for a more relaxed time leading up to the event in early July when they will be running the race number 171. 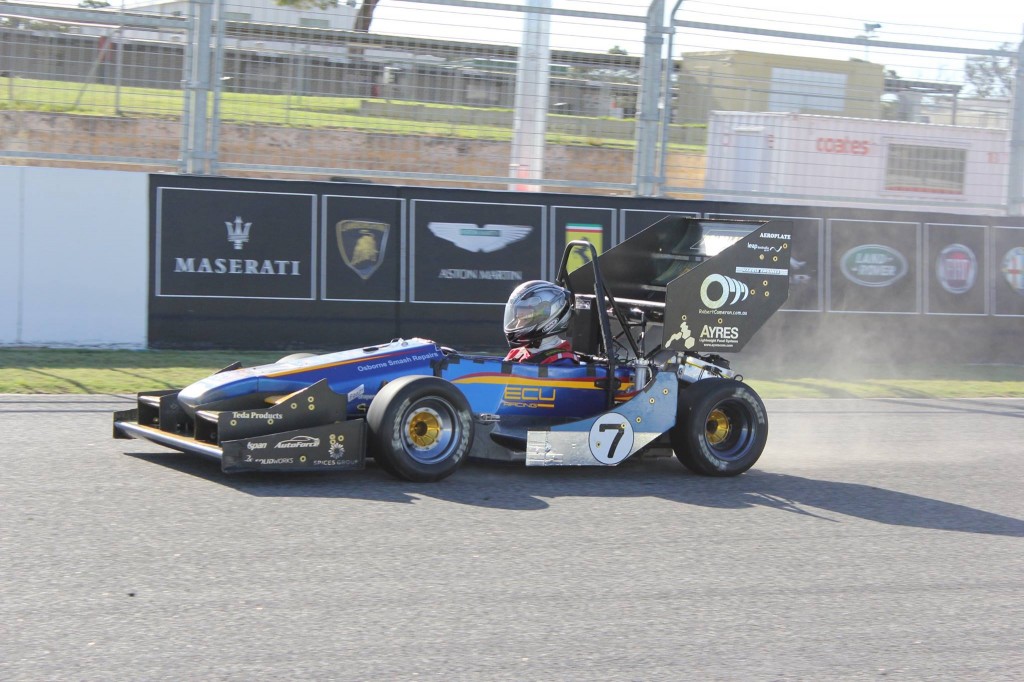