UH Racing extends its condolences to the family of former team member and UH graduate Tim Gibson who has sadly passed away.

Tim was part of the team around UH09-B which was the class 1-200 winner and achieved eighth overall at the 2007 Formula Student UK event. Dr Howard Howard Ash, UH Racing’s program leader taught Tim, and worked with him during Tim’s involvement in UH Racing.

“Tim was an all round great guy, he was a key member of the 2006-7 UH Racing Formula Student team who produced UH’s 10th Class 1 formula car.

“Tim’s passion for motorsport shone in his time at UH, being a member of UH Racing’s Class 1-200 team in his first and second year.

Upon graduating with a 1st class degree in Motorsport Technology, Gibson went on to work at TRL and assisted the team in arranging a crash testing partnership between TRL and UH Racing. After his time at TRL, Tim worked at McLaren Automotive and Jaguar Land Rover before arriving at Dunlop, where he enjoyed success assisting JOTA’s incredible class victory at the 2014 edition of the 24 hours of Le Mans.

“Despite Tim’s relaxed and quiet demeanour, he was anything but when he put his helmet on and took to the track.

“A highly successful racer in his own right, he won many friends both on and off the track with his competitive driving and charming character.

“To his family and friends, the staff and students at the University of Hertfordshire would like to express their condolences on Tim’s passing.”

For FSUK and FSG events, UH Racing will use the hashtag #ForTim as a tribute to Tim Gibson for all of his hard work and dedication that he gave to Motorsport. 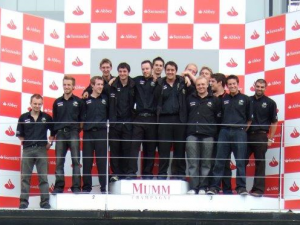 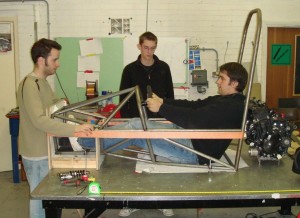